Stop telling parents not to sleep train their kids 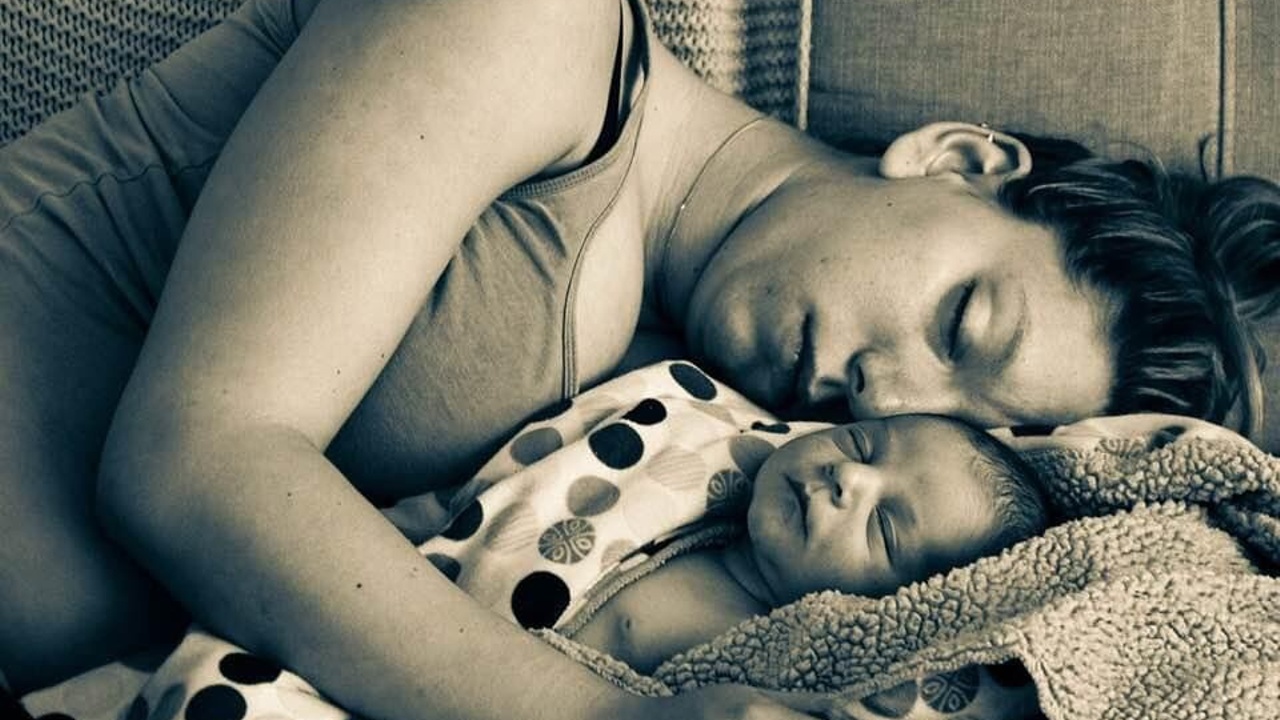 Sleep deprivation has seemingly become a status symbol. Our society values exhaustion translating it as a sign of hard work, or doing our part. Boasting about how little sleep one gets has replaced the need of determining who is the strongest physically.

I’ve witnessed a ridiculous amount of conversations and read too many articles debating on who is the ‘most’ tired. In other words, who is the best and deserves to be pitied and catered to.

This freakish obsession with the need for unhealthy habits permeates every industry, even motherhood. Arguably mothers of babies and toddlers who do not sleep are probably the most exhausted individuals in our society. Sometimes as a parent it’s not about not getting enough sleep, but rather getting any sleep at all. Baby’s that wake every hour but take 30 min before they can be placed back in bed leave but brief minutes of superficial sleep to their mothers, if any. Some mother’s find themselves up all night holding and rocking their babies to sleep while watching reruns to make sure they don’t fall asleep. We, parents, like to go against the grain. So as the rest of the world boasts about how great they are and whom is the most exhausted, all we want is to figure out how to feel human again, and perhaps even getting a hot shower. Because a sign of having it all together and being successful in parenting isn’t being exhausted. Rather its looking well groomed and healthy. The secret recipe of how some mothers seemingly juggle it all without falling appart is what other mother’s want, not the trophy for who is the most tired.

Maybe I should start writing that book…

However we make this goal quasi unattainable. Mother’s should get adequate sleep and have the resulting energy to figure out the magic mathematical formula to juggling all their daily chores WITHOUT sleep training their children.

In other words, if you are the mother of a baby whom doesn’t just LOVE sleep, well you can’t ‘succeed’ unless you’r superhuman.

Because sleep training is obviously terrible while exhaustion is normal in our society.

We need to realize that exhaustion to begin with his extremely unhealthy. In new mothers encouraging exhaustion and looking down upon sleep training is harmful and dangerous

Why is exhaustion so bad?

For new mothers fatigue and exhaustion is even more dangerous and concerning than it already is under normal circumstances. The physical condition of new mothers isn’t optimal, while the requirements placed on them are dramatically increased.

Impaired Healing: When exhaustion strikes, nothing in our bodies works right, including our ability to heal. New mothers, having just gone through 9 months of pregnancy, the marathon that is childbirth, or major surgery (ceasarien section), need to heal. The placenta actually leaves behind a large open wound inside a mother’s uterus after being born, the source and cause of most post birth haemorrhages in mothers. Our uterus are largely expanded and overworked after birth while abdominal muscle are often separated and unable to support weight appropriately. The blood loss of childbirth often leaves mothers anaemic while pregnancy followed by breastfeeding leaves them starving for a high variety of nutrients. Now I love pregnancy and childbirth and acknowledge it as a normal bodily function and something mothers were made to do. However I also  have reverence for it and know that new mothers need rest and lots of it to properly recuperate and prevent a host of complications. It used to be that villages would come and feed the families of mothers whom had just given birth, clean their homes, tend to their other children etc. Mothers were expected to sleep and rest. Today most visitors have no intention to do your dishes but rather to hold and cuddle your newborn child keeping you awake longer than necessary.

Increased stress and depression: As the hormones of new mothers attempt to stabilize after birth while often stil under the influence of breastfeeding, the chances of postpartum depression and anxiety are high. Being exhausted affects your brain’s ability to process, make sense of, and respond to any and all stimuli. Stressful situations can quickly become akin to a war zone inside an exhausted mind. As our bodies react to what our brain’s communicate back to us, this extreme sense of stress and anxiety translates in highly imbalanced levels of hormones, aches and pains, and even physical pathologies.

Impaired immune systems: Speaking of fatigue induced pathologies, it should also be clear that our immune systems when exhausted aren’t working at optimal levels. The same is true for pregnancy and breastfeeding mothers. In other words a mother’s immune system is already weakened during and after birth, fatigue and exhaustion, brings it down even more rendering it almost useless. And that, is very dangerous.

BUT, mothers are the symbols of selflessness. They are willing and able to endure all of this and more for the wellbeing of their children! However there’s one tiny detail that people often forget about when judging exhausted parents of sleepless babies in their quest for adequate rest: If mom isn’t sleeping its because baby isn’t sleeping either.. Yes, that adorable and perfect tiny human you are so quick and willing to throw mom under the bus for, is just as exhausted as she is, except he doesn’t yet have the capability to rationalize it and understand it.

Imagine being 6 months old and having never slept for more then an hour at time. Imagine being so tired that your skin aches, your tummy aches, your head hurts, everything around you causes you stress and sensory overloade, and you have absolutely no control over your environment while also being unable to communicate your needs.

When you tell a mother not to sleep train her child and to just ‘toughen it out’ you are effectively promoting the torture of two human beings!

Sleep deprivation has been used as a method of torture for centuries. Most recently it was used by the CIA to interrogate possible terrorists about their relations to the 9/11 attacks. Sleep deprivation is recognized as such a cruel and dangerous method of torture, that even under serious circumstances of national security, the public eye criticized the CIA for employing such drastic measures.

Impaired development: a baby or young child whom is not getting enough sleep will suffer as his mother of an impaired immune system, stress and anxiety, and a host of other physical affectations. But on top of it all, his development can be severely impacted. It is during deep sleep that we internalize and finish the learning process for new and important skills such as walking and talking. A child that never or rarely gets deep sleep and only has short bursts of superficial sleep will have a lot of difficulty learning.

Since as a society we are all obsessed about private preschools, grades, SAT’s, and fancy colleges… If the idea of torturing a child and his mother isn’t enough, consider the impacts on his or her development.

Sleep deprivation isn’t good for anyone! So stop telling mothers to simply deal with it. Sleep consulting comes in a variety of forms and no one size fits all approach is appropriate. Every child is different. Sometimes traditional sleep training approaches are necessary, sometimes its just a question of sleep hygiene and sleep environment modifications, other times a gentle sleep training approach works best. But no matter what a mother ends up choosing as the right way to ensure her and her child get some sleep, we can assure you that a handful of short crying sessions are much less harmful than months of sleep deprivation on a child…

The simple solution? Call BeBaby, after all we have a 100% success rate! We are THAT good and a bag of chips! 😉

⬅️ Back To Resource Page